How long would anyone settle for text as the only medium of communication?

One must be vocal and stream audio for blowing life to their conversation!

Now a perfect real-time audio streaming is no more a dream. Spaces are here to assist you in every sphere ranging from promoting products to engaging in a live event commentary.

It expects to garner over 315 million user base by 2023 through the feature of Twitter Spaces. Therefore, Twitter also considers it a right to work on strategy.

Aren’t you smitten by the high functionality of this feature?

If you have set your mind to leverage the benefits of Twitter Spaces, then it is time to know every nitty-gritty about it.

Spaces are your way to create a voice for your content, and here you can share your thoughts audio via live audio and sharing a mic.

Twitter announced the plan to launch Spaces in December 2020, and without any wait, it launched it on particular accounts to test just after a month of announcement.

Since then, there’s no looking back. You can enjoy a real-time conversation about a broad spectrum of topics so effortlessly.

Spaces allow a group of users to come together and talk live. However, the live talk will not appear publicly when the conversation ends.

You can quickly get an update if anyone you follow on Twitter engages in a live conversation in the Twitter Spaces. The notification appears like a purple bubble on the top of your timeline on Android and iOS devices.

This notification will be present on your screen as long as the meeting goes on. As soon as the person ends the live session, you won’t access it.

Once you get into a Spaces as a listener, you can respond and mark your presence by commenting, sending emojis, and tweets.

Another overlapping term with Spaces is Clubhouse which seems quite similar in design and functions. However, Clubhouse is only a mobile app and has lower-quality audio.

Also, in terms of room privacy, Clubhouse can create public and private rooms, and in Spaces, all rooms are shared and public. The user bases of both platforms also differ. The Clubhouse is a new app, whereas Twitter Spaces will have an edge because of the already built audience of Twitter.

One of the highly sought-after questions by marketers and social media influencers is whether to integrate the plan of Spaces into their marketing strategy or not. So the answer is, of course! There are various ways to use it for enhancing profit. Some of them are listed below:

You can easily use the multi-speaker design of the spaces to host industry panels and create an image of thought leadership on social media. You can enhance the value you provide to the customers by hosting Spaces with experts of the industries. Various webinars with trusted people in the field will increase the reliability of your brand.

Organizing “ask me anything” or “Q&A” sessions on Twitter live will surely make your reach broader than ever before. The request to speak feature and the live nature of Twitter Spaces enables you to have a real-time conversation with your customers and give immediate satisfaction to them. A Q&A session will help you grab the best results whenever you introduce new products, services, or features.

Twitter has already set a landmark in engaging conversations about live events in most professional ways. If you have a social media business or if you are a publisher, you can leverage Twitter Spaces and invite your community to host a real-time talk show on several live events. Many publishers hosting spaces are also available to discuss relevant topics and engage the audience on Spaces.

Another way that influencers can leverage Twitter Spaces is to host a live game session with their followers or to organize a giveaway if you wish to extend your reach and establish a stronger bond with your customers and followers. If you are launching a new product, you can organize a fun trivia game and give your product as a gift to the winner. It definitely will turn out to be a grand promotion strategy.

If you are a music freak and wish to promote yourself, then nothing could be better than Twitter Spaces for you. It is an audio platform that will help you propagate a desirable way for your voice and albums. You can host a live album party with your followers and celebrate the moment in real-time. Similarly, you can also use the platform for your new product release.

After the November 2020 announcement by Twitter related to its audio streaming platform, Twitter introduced spaces within a month.

Yes! In the beginning, only those Twitter users could host a Space that had more than six hundred followers.

But after one year, Twitter expanded its marketing strategy to accommodate the remaining user base.

Although Twitter promised that every user would be able to use space in April 2021, it took them a long time to extend the access, and after a year, the dream finally came true.

On both Android and iOS devices, any Twitter user can host space.

Therefore, Twitter is ready to challenge the success of Clubhouse, which was the only audio streaming platform before Twitter put its foot down in the market with Twitter Spaces.

Earlier Twitter claimed that the reason behind providing access to only those with more than 600 followers was that they have a pre-existing audience. Thus, it will create a better experience. Now, after giving full coverage to their program, Twitter has also added co-hosting in spaces to increase the quality and comfort of the user experience. Also, it has shut off the fleets (the story feature of Twitter), therefore making Spaces the center of the stage.

Once someone starts a space meeting, it will automatically pop up on your timeline, and every space has a link that you can share with others to join it without being a guest.

Also, the Twitter developer program caters to you with information like the title of the space, hosts, speakers, and running status (whether it is scheduled, going on, or about to finish).

It means you can join almost any space whose notification and the link appear on your timeline. Once you enter a space as a listener, your presence will be visible to everyone in the space and also your followers. 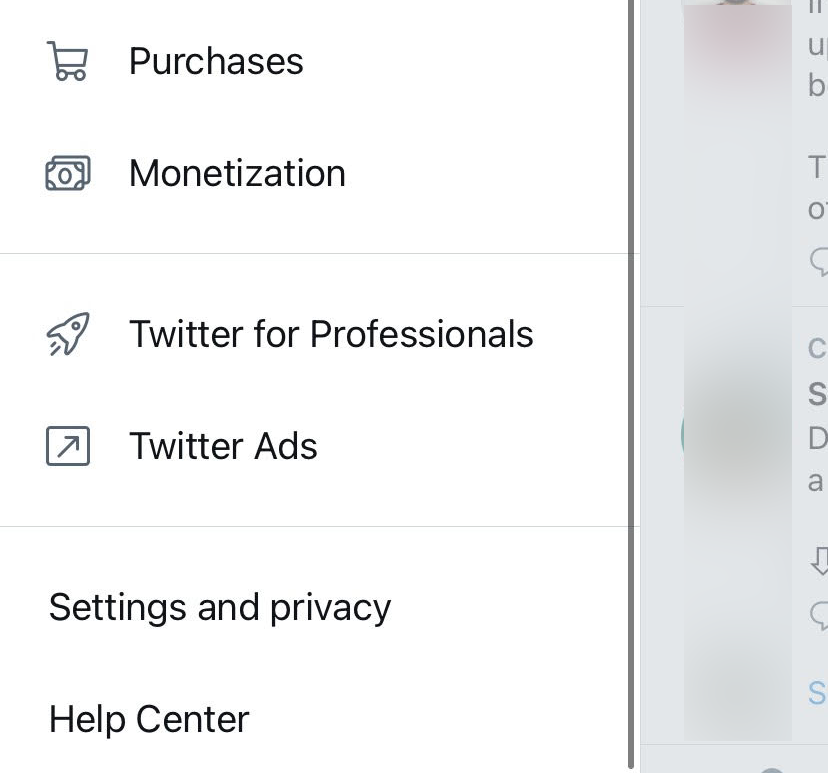 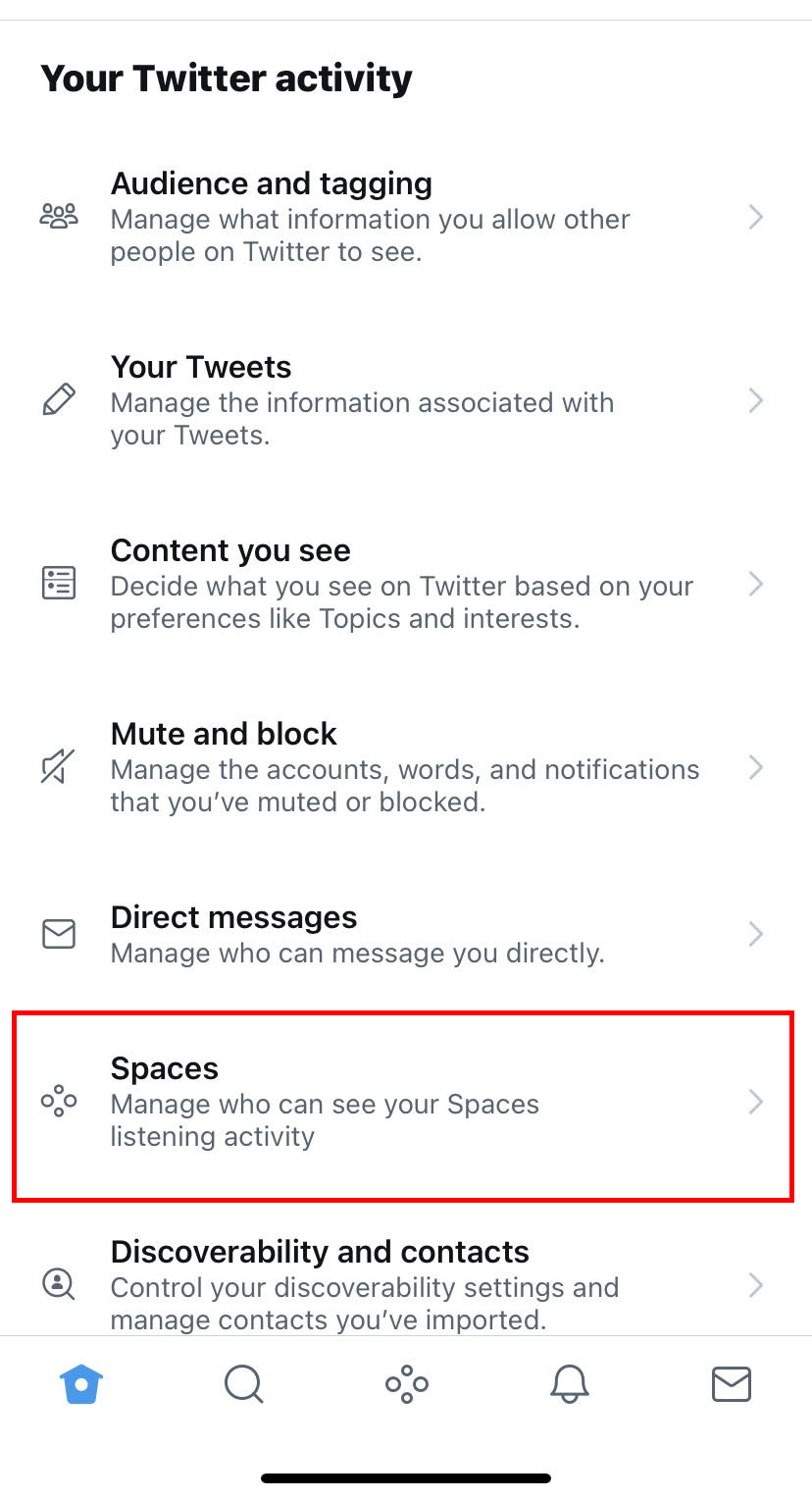 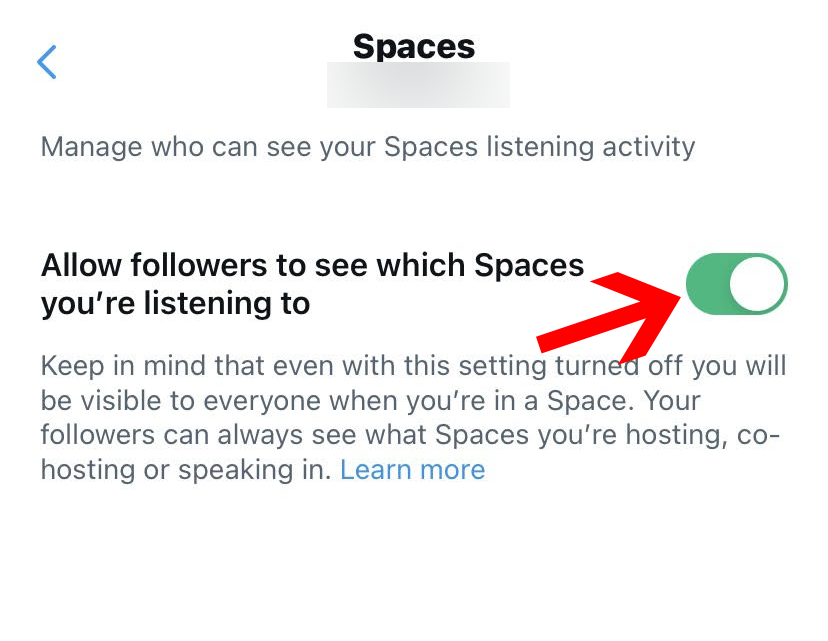 On the other hand, if you are hosting a Space and wish to restrict certain people from entering it, all you need to do is block them. Also, if you want certain people to join your space, you can send them an invite link in their DM.

If you are planning for an engaging and lively conversation, it’s time to get set to host a Space.

And if you are not aware of how to do it, don’t worry! We have listed steps below to help you accomplish your goal. 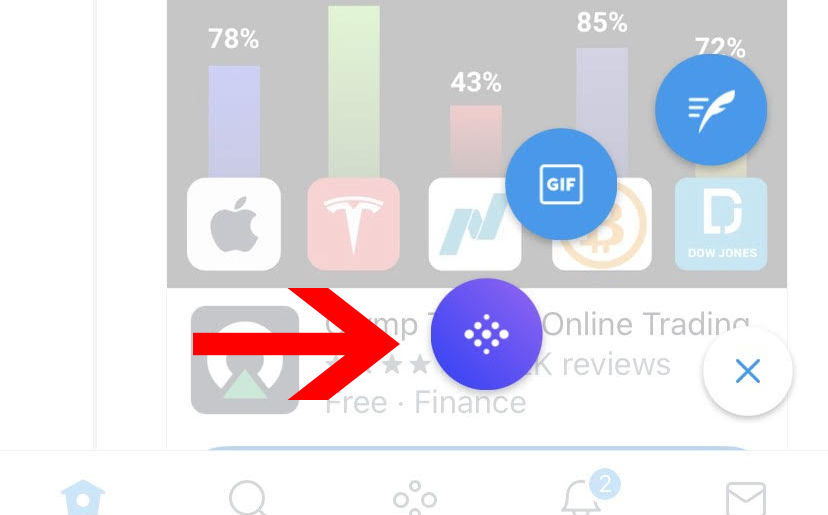 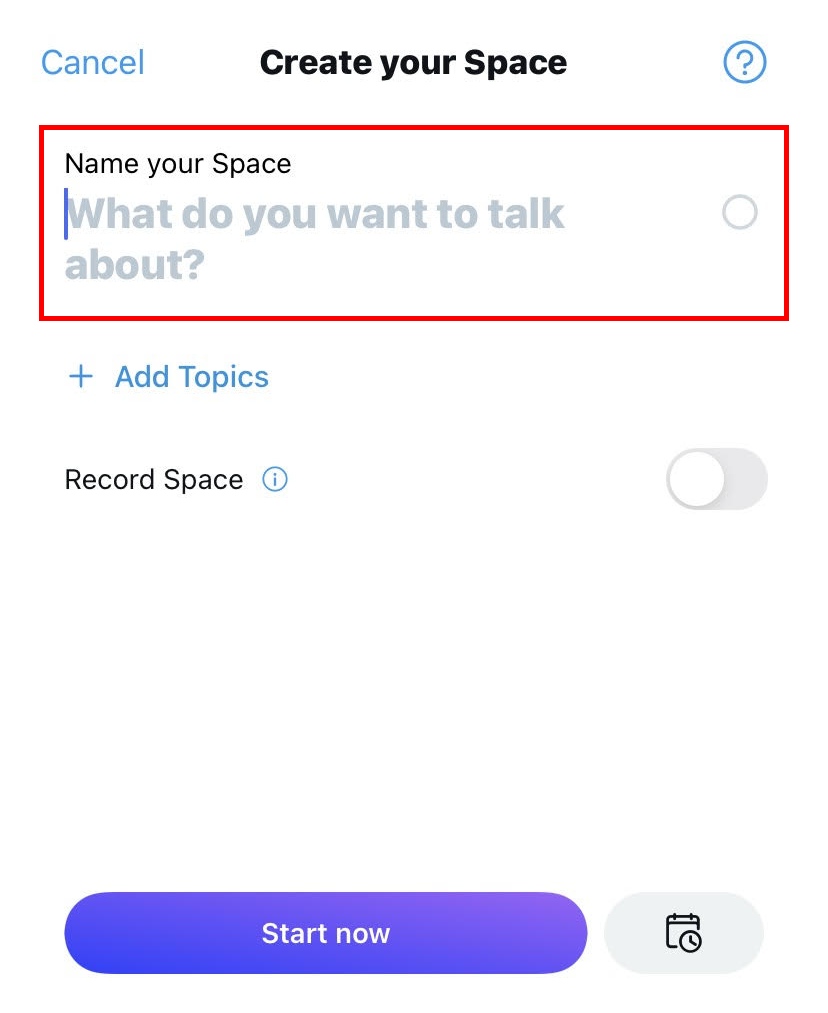 However, if the co-host leaves the space due o specific reasons and rejoins, he loses the co-host status. They also have the liberty to give up the status of co-hosting and become a listener in the space.

But, only the original host can give the privilege of primary admin to a co-host. If the host leaves the space, the first co-host acts as the primary admin.

Some of the privileges of co-host include:

Along with the privileges, there are some limitations for co-hosts. Some of them are listed below:

Moreover, as a host or co-host, you can stir a wave of interest in your Spaces by sharing tweets present on your timeline. Select the desired tweet and click on the “share to space” option. Once you share a tweet, it will be visible to every member (even if they join it after the tweet has been shared).

If you join a space present on the timeline where you haven’t been invited as a speaker, then you will enter it as a listener only. Follow the given steps to join a space. 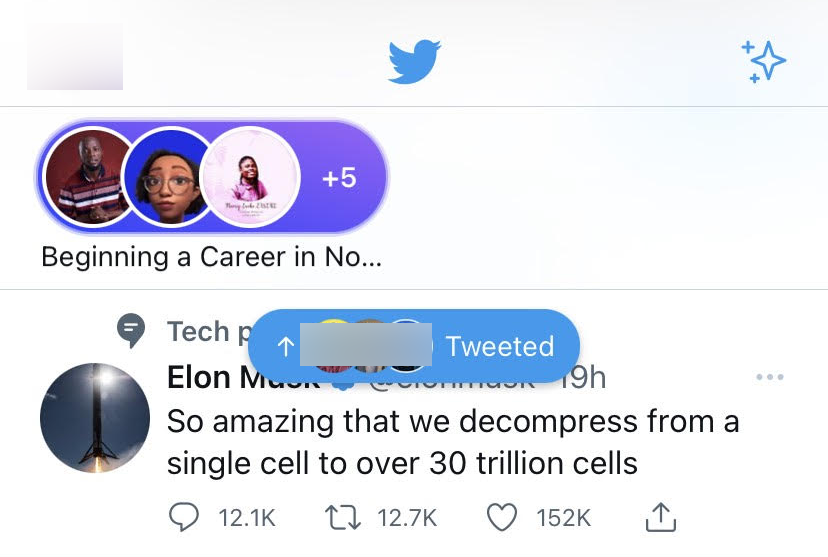 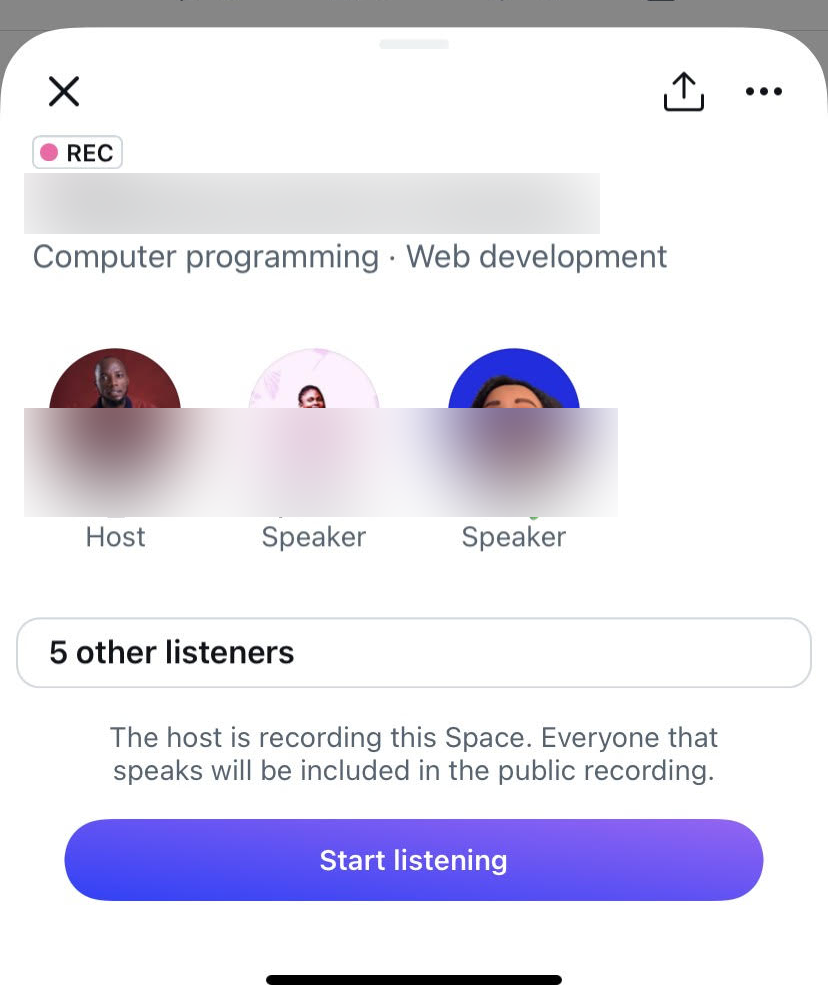 In Twitter’s navigation menu tab, you can easily browse the Twitter Spaces and find one that suits your interest. To find a compatible Space, follow the given steps. 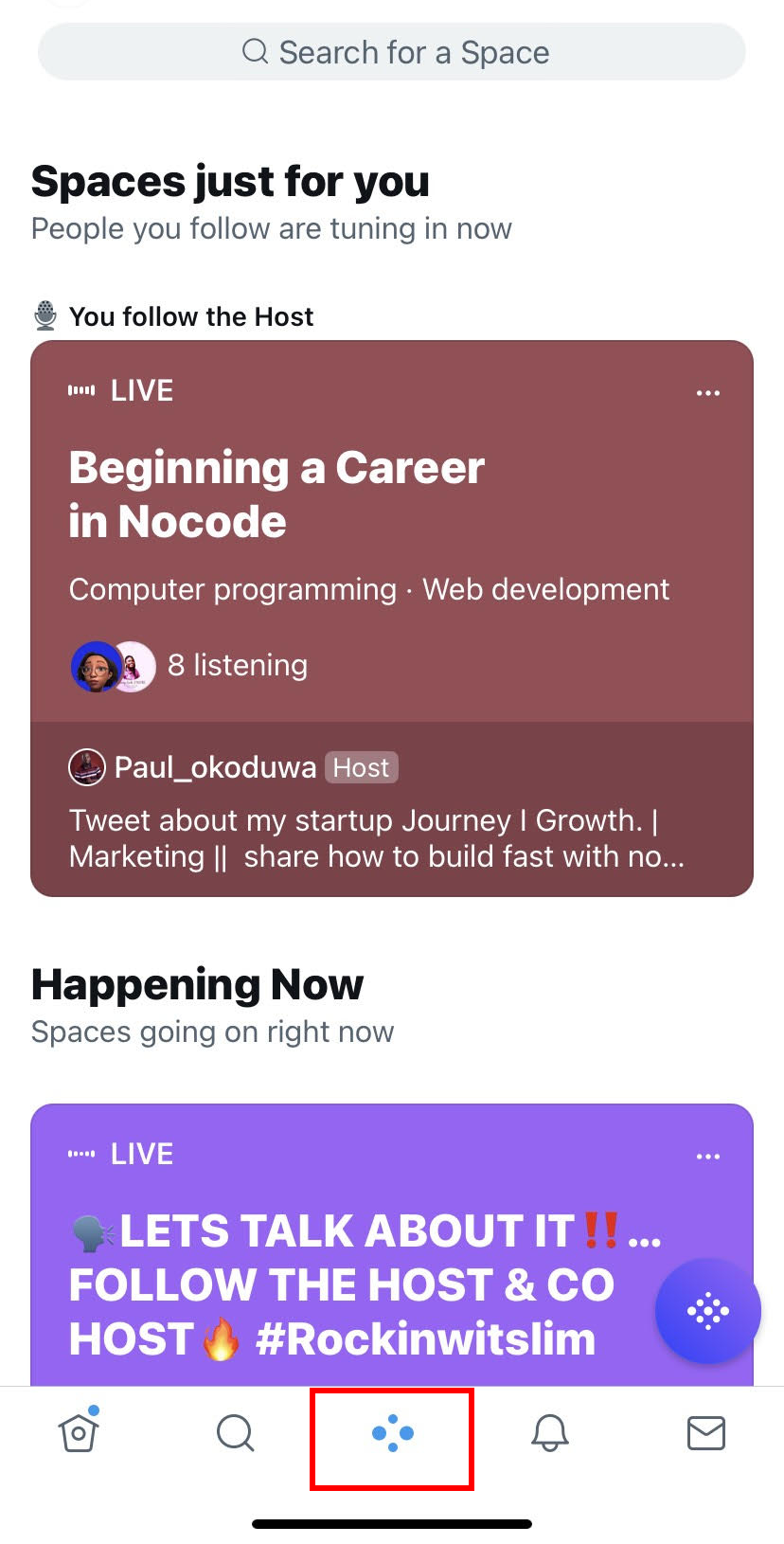 Yes, of course! When Twitter launched this feature, it was accessible only to those who had more than six hundred followers on Twitter. However, within one year, Twitter took off this restriction, and now almost every member of the Twitter user base can use Spaces.

Twitter Spaces is available to listen to as long as it is live. After the space ends, you won’t be able to access it. However, Twitter allows hosts to record the space by toggling on their screen’s “record space” option. Later, they can share the link of the recorded session for replay.

Twitter Spaces is the new feature introduced to offer the users a real-time audio streaming platform like Clubhouse. It is an active place to propagate appropriate promotion and profit-enhancing strategies. Everyone can use it to leverage profit, ranging from business to social media influencers and publishers.

After November 2020, initially, people could not make space because they had less than 600 followers. However, now Twitter Spaces is accessible to everyone.

We hope now you have a clear understanding of how to use Twitter spaces.

Twitter Spaces is the new feature that enables the users to create a real-time conversation and audio streaming without much difficulty.

Moreover, because of the in-built strong user base of Twitter, it will give a hard time to already existing audio platforms like Clubhouse.

Now, stop thinking and create and manage your own space with the help of this guide. 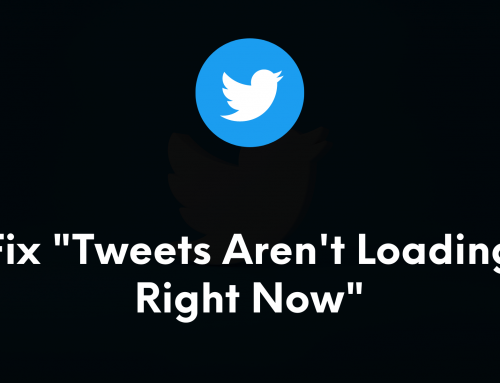 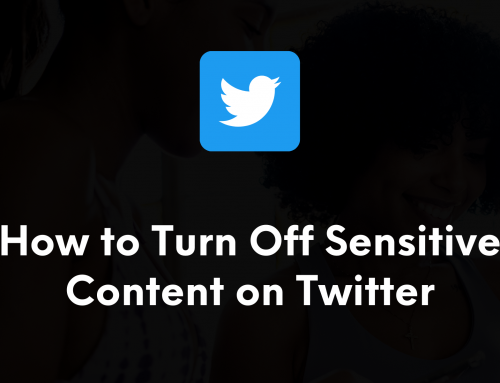 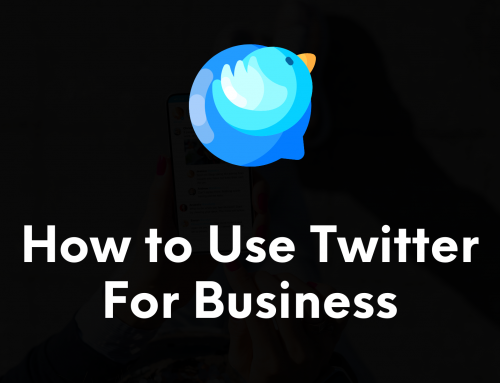 How to Use Twitter For Business: 10 Proven Strategies to Use Gallery

How to Use Twitter For Business: 10 Proven Strategies to Use 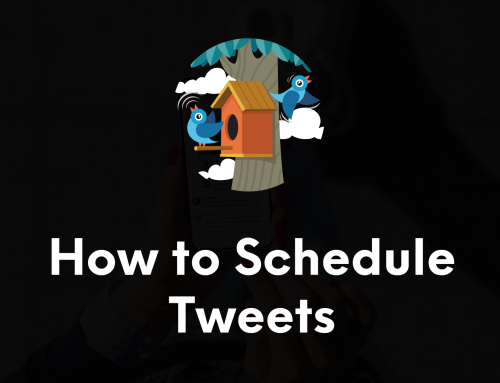 How to Schedule Tweets on Twitter in 2023 (Guide) Gallery 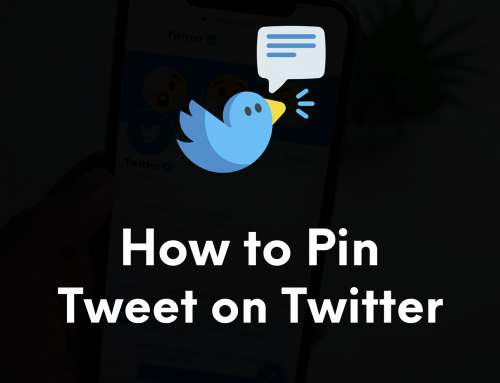