Unless you’ve been living on a remote island, you will know the power of Instagram and how some of the top influencers and brands have used it to create millions in revenue. Of course, while we all know that it happens, very few of us understand how and why they become so influential.

When Instagram first launched, very few saw the massive potential it had beyond being the image sharing platform many already felt we had with Facebook. The early adopters of Instagram have seen massive growth in their following, and now Instagram is a serious marketing and audience-building platform.

Instagram’s user base exploded in popularity, largely because it relied on the visuals. Suddenly, influencers and brands could easily control how potential followers, and their current followers, saw them. 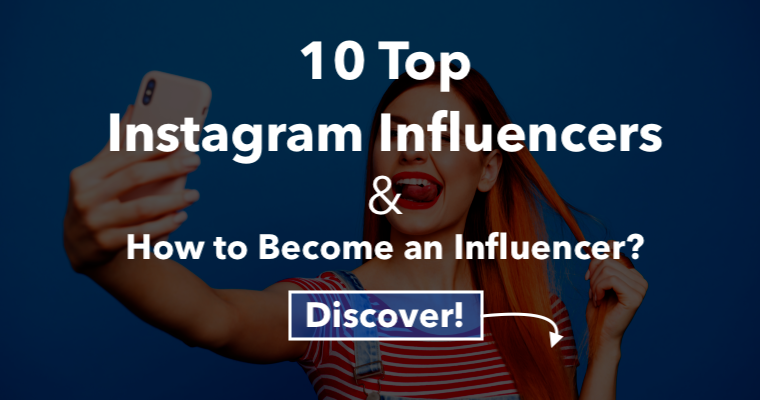 10 [TOP] Instagram Influencers & How to Get More Followers – Famoid Blog

The influencers who rose up purely because of the platform, and not due to a following they had already on a blog or YouTube channel, did so because of the images they created and the story they told, both through their images and videos, and their captions. Influencers do one key thing: they show you what you aspire to have. Whether that’s the cars, the job, the face, the body, the money – influencers have something their followers want or have also worked to have, and they religiously share their life and journey with their followers.

Megan grew her following on Instagram by sharing healthy, easy and delicious recipes after being a fast-food addict. Her story inspired her followers and now has a bestselling cookbook.

Kikki, aka The Blonde Abroad, grew her Instagram following by sharing aspirational pictures of her travel adventures. She now travels full-time, has her own photo presets, and runs her own tours.

Remember the travel pictures that went viral of the photographer being led around the world by his wife? Murad is that photographer! His following quickly grew to over 4 million, and he is now a film producer and has won numerous influencer awards.

Taylor is YouTuber, Model, and entrepreneur who has steadily grown her following and brand, and now regularly launches her own products, represents other brands, and shares her daily life as a Canadian in Asia with her followers.

Seb is an entrepreneur, YouTuber and car enthusiast who shares images of his travels, his own cars, and his friends’ vehicles with his following. He founded a luxury travel company.

At just 19, James Charles skyrocketed to popularity and amassed a whopping 10 million followers in under a year, and now has over 15.9 million followers. He is well known in the beauty community for being an incredible makeup artist.

Raziz, aka “Mr. AMG” is the go-to man on anything Mercedes AMG. He has a popular YouTube car show where he shows off his incredible special effects, his own AMG cars, and regularly works with Mercedes to promote the brand.

Steve is a bodybuilder who moved to LA and worked as a waiter as he trained, performed in shows, and grew his YouTube and Instagram following. He now co-owns his own gym and has been announced as a USA Network Biggest Loser Trainer.

You may want to check this out:  Instagram Keeps Crashing When I Open It [Solution - 2020]

Kim started her following on YouTube sharing her life as she studied and lived in Japan, leaving her family behind in Perth, Australia. She now regularly flies to Japan to work with the travel board and promotes beauty and fashion brands on Instagram.

Aimee Song is all about fashion and design. She started her blog over ten years ago and has grown her following to over 5.4 million, is a bestselling author, and a Forbes 30 Under 30.