How to Save Streams on Twitch

Over the past couple of years, watching others play video games has become as popular as being the one playing the games at home. This fascination with seeing others do well in gaming resulted in platforms like Twitch growing at astonishing rates.

But you may not want to watch the streamed content just once. What if you’re going to download a Twitch video and keep it for future reference? Or if you’re the streamer, you want to save proof of one especially impressive day of gameplay? This is where you need to know how to save streams on Twitch, and we want to show the easiest ways to make it happen.

What started as Justin.tv back in 2007 has become the internet’s best-known platform for streamers and viewers of video on demand (VODs). In its early years, the service offered different categories of content, but gaming quickly became the standout topic. In 2011, this type of content was given its own platform called TwitchTV, and today it showcases eSports competition broadcasts and live streams of Twitch users playing video games. 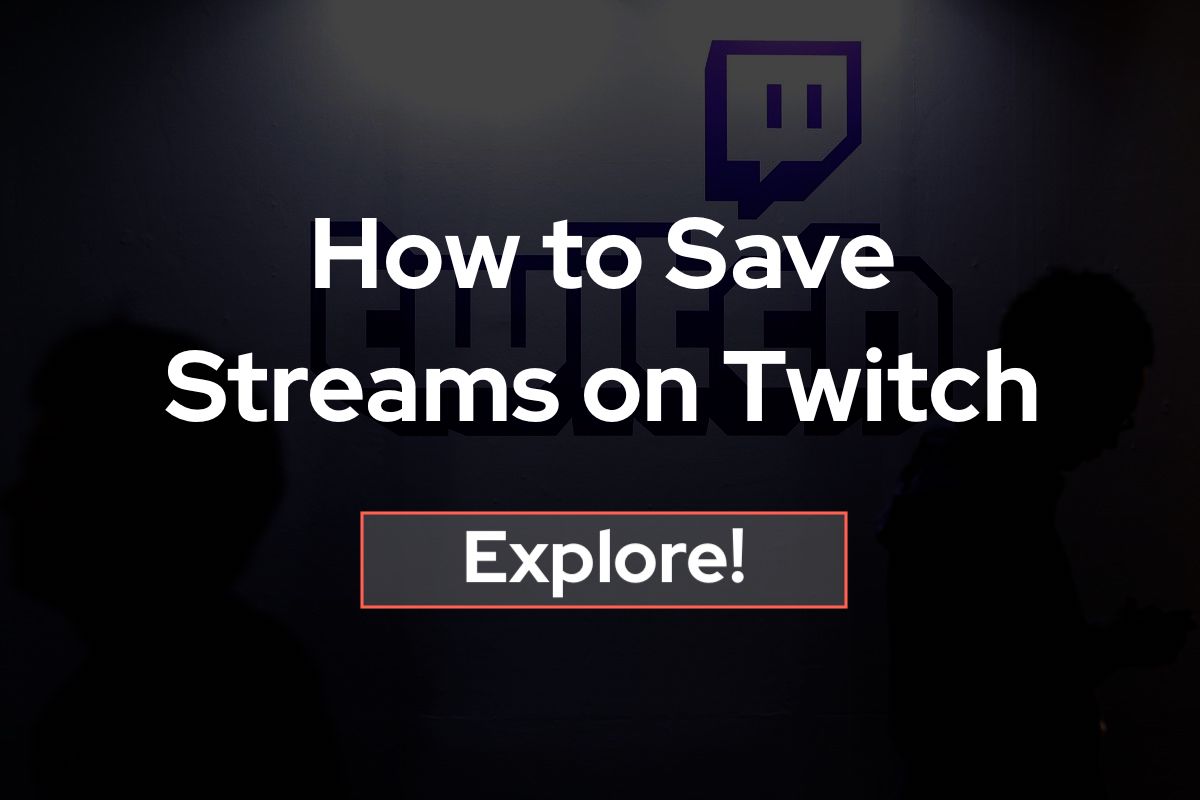 How to Save Streams on Twitch

2014 saw Twitch being sold to Amazon and the brand itself kept growing, acquiring other companies and adding new features like in-site currencies and ‘cheering’. It now also has exclusive deals with certain popular streamers, ensuring there’s quality content that only Twitch can provide. This is one of the many reasons the brand has almost a monopoly in this market.

Can You Save Any Videos at All?

The good news is that you can save Twitch videos, both as a streamer and as a regular user so you can re-watch certain streams. But there are some limitations to various methods, such as how long it will be available. So, decide why exactly you want to download the content and pick a process based on that.

Streamers who want to grow their online following have a nifty tool in the form of Twitch Clips. These are small snippets of a certain stream that you can create, save, and share to show existing and potential viewers what they’re missing out on. Both viewers and streamers can create clips, as long as the streamer gives followers and subscribers permission to make clips of their content. This permission is a setting you as a streamer can set up.

You can decide which part of the full stream you want to use as your clip. You can even create this clip via your mobile device on iOS or Android. Users can view these clips—instead of an entire stream—to determine if it’s a streamer they may want to follow in the future.

Sharing clips is easy since you can opt for social media sharing but also Twitch Whisperer. The Clips Manager section will help manage clips and you can make clips from a stream you’re watching or from Twitch VODs.

How to Save Streams on Twitch as a Streamer

There is more than one way to save your past streams from your own Twitch channel. As long as it’s a video recorded via Twitch, it’s pretty easy.

Saving Your Streams with Twitch VODs

Twitch doesn’t automatically save your streams, so you need to activate this manually. The platform has a Twitch VODs option in its settings, so after logging in, do the following:

How to Save Streams on Twitch – Step:1

Note that this will only save your stream for 14 days. If you’re a Turbo or Prime user, or a Twitch affiliate or Twitch partner, you’ll have the content for 60 days. In either case, this isn’t a permanent save.

When you use Twitch’s Highlight feature, the chosen content will be on your profile indefinitely, so this is helpful if you don’t want to lose favorite recordings. 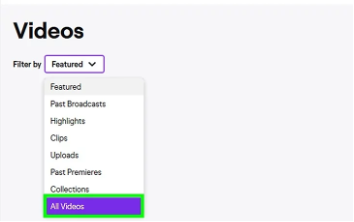 How to Save Streams on Twitch – Step:3

How to Save Streams on Twitch – Step:2

How to Save Streams on Twitch as a User

Twitch itself doesn’t offer viewers a method to save the streams they love. You’ll need to use a third-party app to get this right, with Twitch Leecher being one of the most popular tools to use. Github distributes this app.

A valuable feature of using an app like Twitch Leecher is that you’ll be given options to customize your download in terms of the video quality, where you want the video to start or end and other details.

Open the Twitch Leecher app as well as Twitch and then follow these steps:

How to Save Streams on Twitch – Step:4

Note that you can use apps like Twitch Leecher to save the content, but that doesn’t give you copyright. You can’t simply do with it what you want. If you want to share it elsewhere, such as on YouTube, you’ll need the original streamer’s permission or he or she could launch legal actions against you.  Also, check how to download Instagram stories.

In a world where access to information is almost a given, why shouldn’t you be able to save and access your favorite Twitch streams whenever you want to? Downloading Twitch VODs is not as straightforward as we would like, perhaps, but at least now you know how to save streams on Twitch if you ever have the need again.

Have any other tips for Twitch users? Share and educate your community!