How to Block Someone on Snapchat (Guide)

Do you want to block someone on Snapchat but don’t know how to do it?

If yes, we’ve got you covered.

Blocking someone is probably the best way to get rid of any toxic and abusive person.

If you don’t want to talk with someone, but they keep irritating you, just block them.

However, if you’re a new Snapchat user, you might not know how to block a person on Snapchat.

But you don’t have to worry.

In this post, we’ll show you, step by step, how to block someone on Snapchat and how you can unblock them again if you change your mind later on.

Can You Block Someone on Snapchat Without Them Knowing?

Yes, you can block anyone on Snapchat without them knowing.

For privacy reasons, Snapchat does not send any notification when you block someone.

Most of the changes after blocking a user occur on your side.

First of all, the chats will be completely cleared, and they will be wiped off your friend list. Also, you will also not receive any Snaps from them in the future (obviously).

In fact, the chat page on the person’s side you have blocked still remains the same, and they would not even know if you blocked them.

If you block a person, all of their messages and Snaps will go through, but you will not receive them.

So the only way the user could guess if you have blocked them is by checking the chats page. If all the messages and Snaps are delivered for a while, and you have not opened them, they might guess that you’ve blocked them.

What Happens When You Block Someone on Snapchat?

When you block someone on Snapchat, most of the changes happen on your side. First of all, they will be removed from your friend list (if they were your friends already). Their chat page will remain the same, but you, on the other hand, will not receive Snaps or messages from them.

Also, when you block a person, all of your Snapstreak and friendship ranks will be reset to zero. And if you unblock the person and again add them back later on, everything will start from scratch.

All the chats (including saved messages) will be deleted from your side but not from their side.

The chat window will be the same for them. Unfortunately, they could take screenshots of the chats, and you will not receive any notifications since you have blocked them.

One great thing is that if you block someone on Snapchat and then decide to unblock them at some later point, they will not be able to add you back. Only you can send them a request if you want to bring back that person in your friend list again.

How to Block Someone on Snapchat?

Snapchat has made it pretty simple to block someone, and there are two ways you can do that.

Here are the two methods:

If you regularly chat with the person or exchange Snaps, then you can open the Chats window and follow these steps:

Step 1. Tap and hold on to the user you want to block. 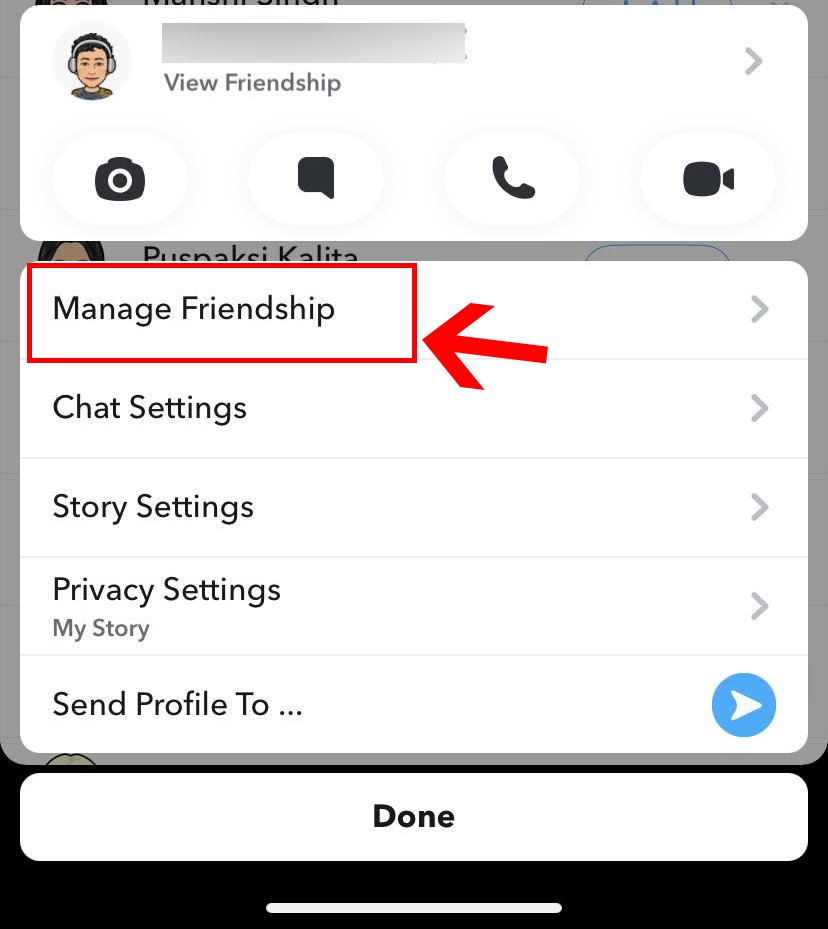 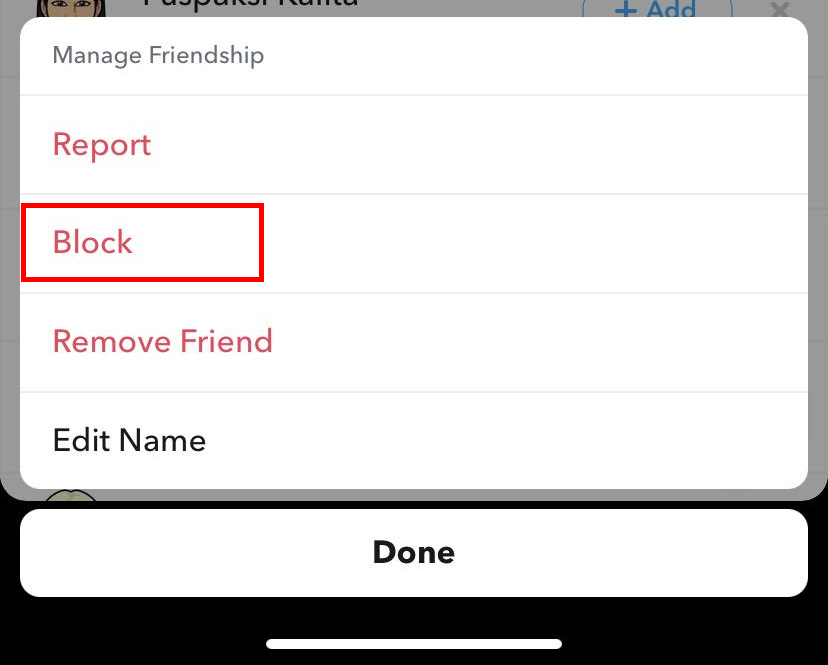 That’s it! Confirm the choice, and you are done!

If the person does not send you any Snaps or if you haven’t chatted with the person, here is another method you can try:

Step 1. Open Snapchat, and tap on your Bitmoji from the top left corner of the screen. 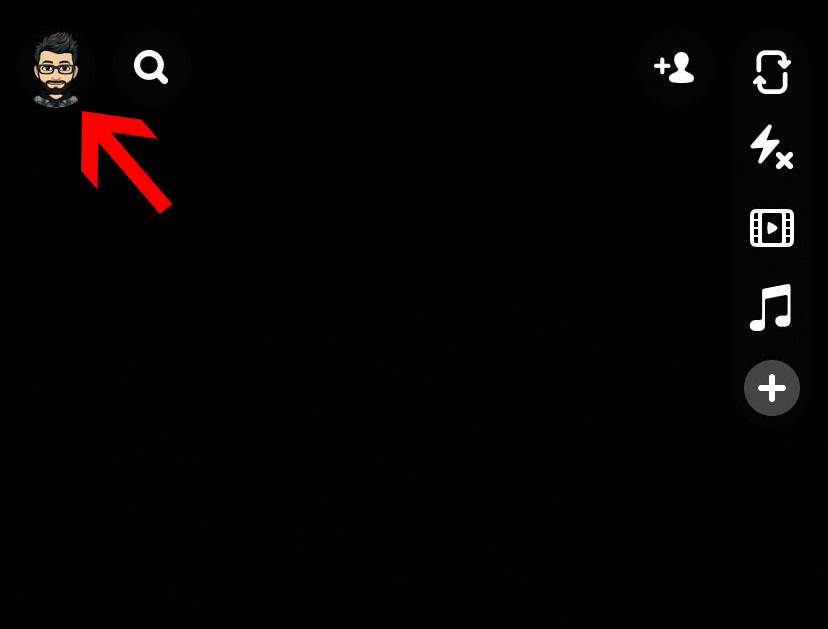 Step 2. Scroll down and tap on “My Friends”. 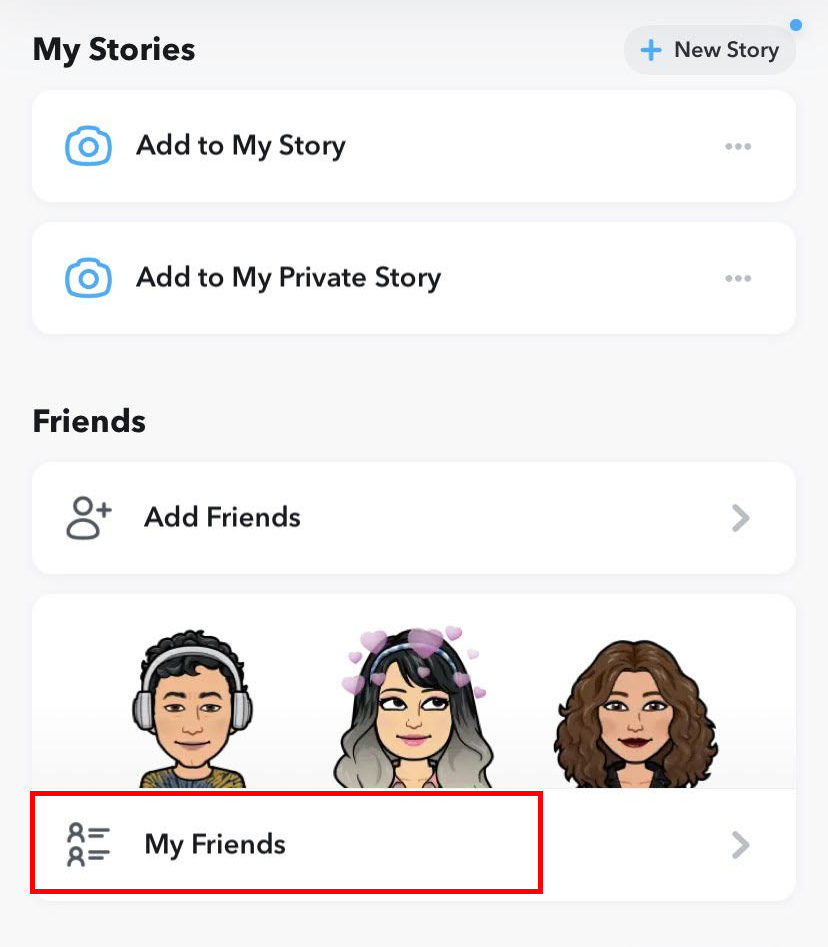 Step 3. Navigate, find the person you want to block, and tap & hold on to the user. 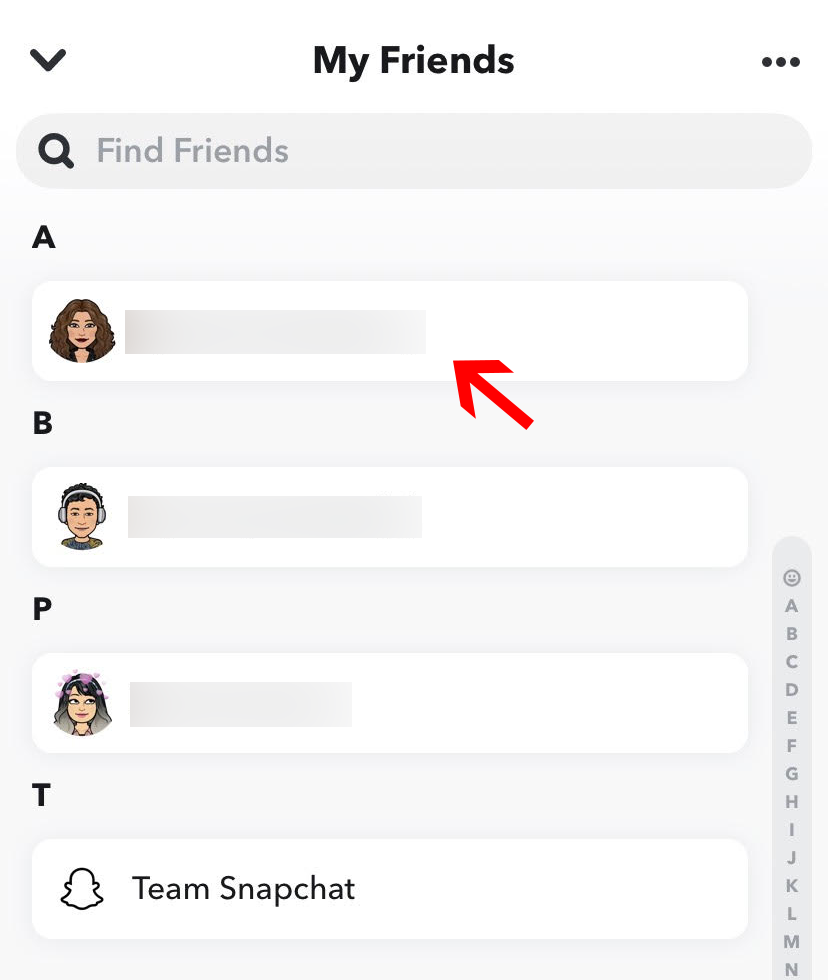 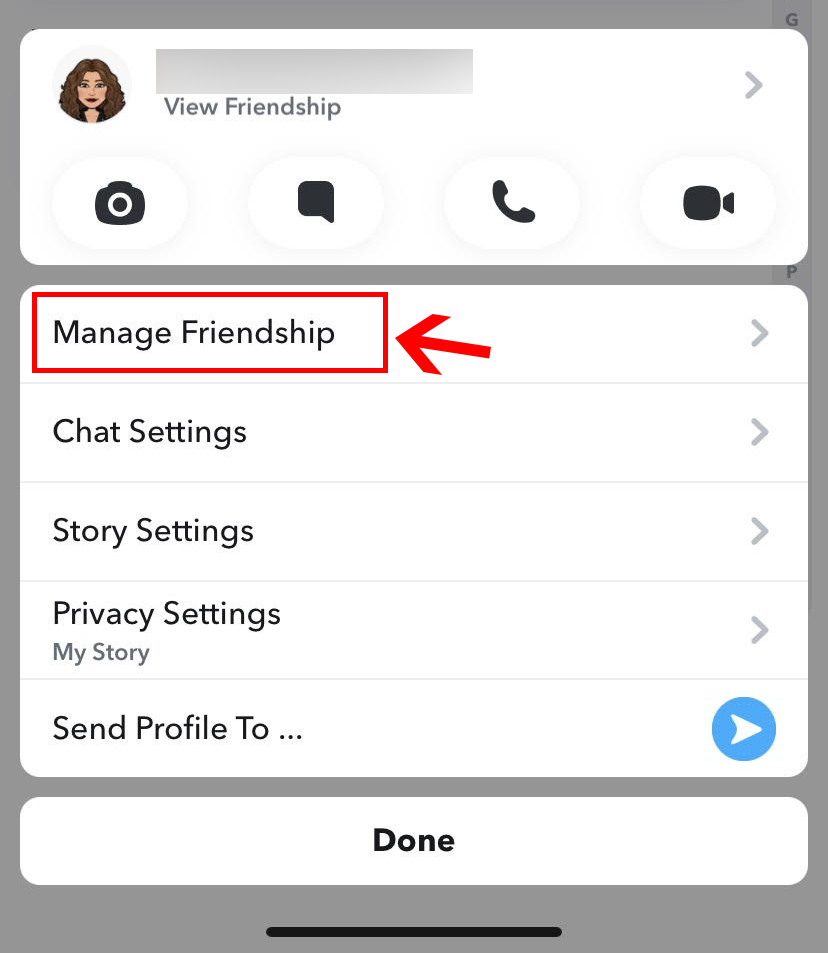 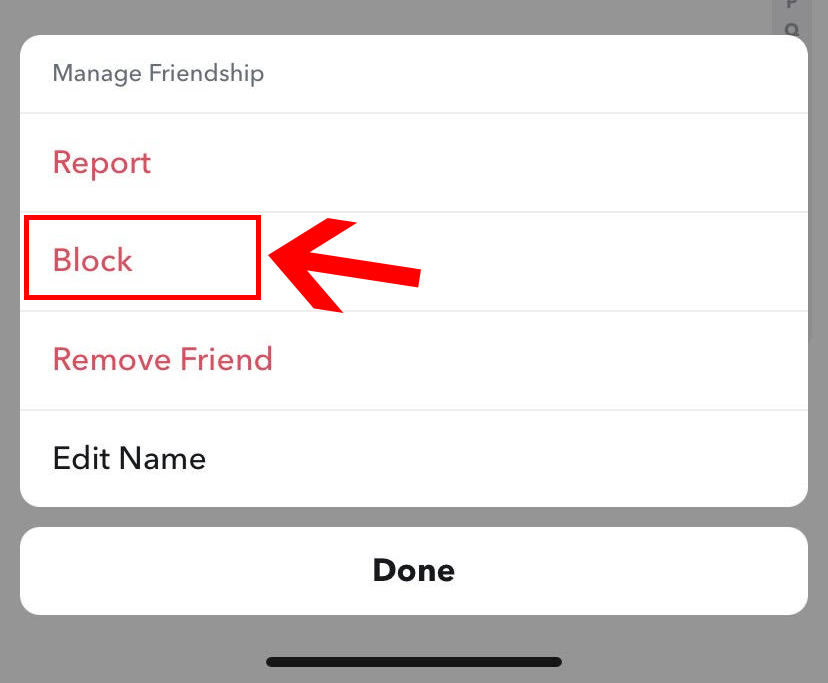 That’s it! Now the person will be blocked from your Snapchat account.

How to Unblock Someone on Snapchat?

In case you change your mind and want to unblock someone on Snapchat, here is how you can do it:

Step 1. Open Snapchat, and go to your profile.

Step 3. Scroll down, and under “ACCOUNT ACTIONS,” you will see a “Blocked” option. Tap on that.

Step 4. Here, you will see all the blocked people, tap on the cross icon next to the user you want to unblock.

And that’s how easily you can unblock someone on Snapchat.

Blocking someone on Snapchat or any other social media platform is the right step for tackling negativity or hate.

If you want to block someone on Snapchat, just block them. Don’t think about what the other person will think. After all, you’re blocking someone for a reason, of course.